A fundamental property of an amorphous solid is the ability to relax. As a function of time the system will find a lower energy state, which is also referred to as aging. To reverse aging remains a fundamental challenge of technological importance, because aging typically results in severe property deterioration. In this activity field of our group, we investigate structural dynamics during both relaxation and rejuvenation, the latter of which is the process that reverses aging.

Metallic glasses have been shown to undergo homogeneous rejuvenation when repeatedly exposed to liquid nitrogen temperatures. This is commonly referred to as cryogenic cycling. Whilst technologically highly relevant, the underlying origins to this thermal disordering remains unknown. By tracing the structural activity in the glassy solid during cycling with coherent scattering (XPCS), we were able to follow the materials evolution during energy storage. Read more about these exciting results that finally give an answer to why some glasses rejuvenate during cycling and others not.

Discovery of a new relaxation mode: The γ-mode 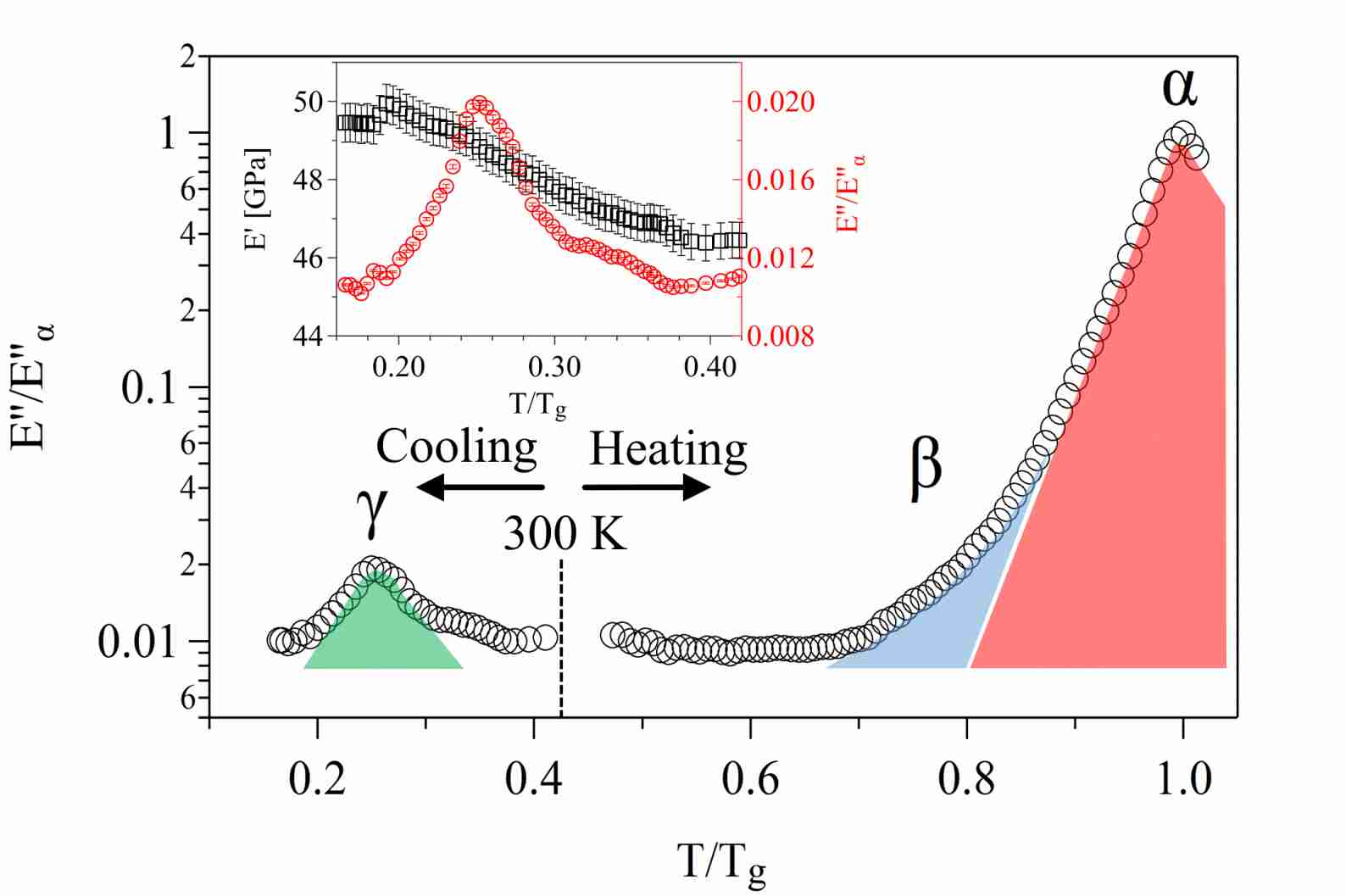 In addition to the ubiquitously known beta and alpha relaxations, we have recently also discovered a peak in the loss-modulus that occurs at much lower temperatures than the beta and alpha mode. We term this additional loss mechanism “γ-relaxation” in analogy to amorphous polymers, where this third relaxation mode has been known for a long time. It is found that γ-relaxation can be used to rejuvenate (reverse aging) the metallic glass significantly. 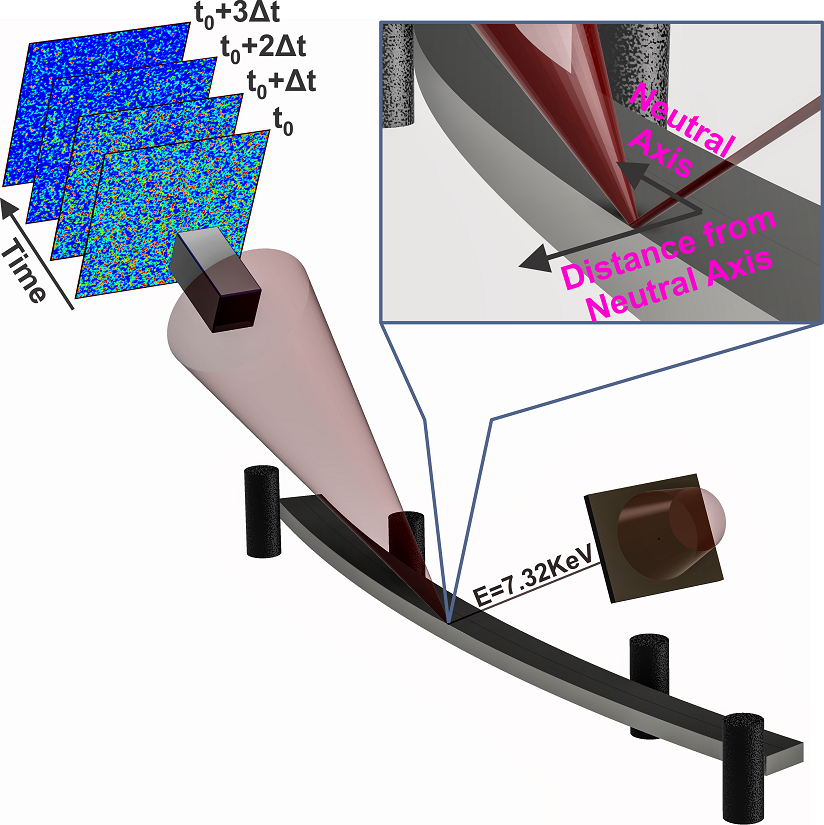 Numerous disordered materials display a monotonous slowing down in their internal dynamics with age. In the case of metallic glasses, this general behavior across different temperatures and alloys has been used to establish an empirical universal superposition principle of time, waiting time, and temperature. In this work, we demonstrate that the application of a mechanical stress within the elastic regime breaks this universality. Using in-situ x-ray photon correlation spectroscopy (XPCS) experiments, we show that strong fluctuations between slow and fast structural dynamics exist, and that these generally exhibit larger relaxation times than in the unstressed case. On average, relaxation times increase with stress magnitude, and even preloading times of several days do not exhaust the structural dynamics under load. A model Lennard-Jones glass under shear deformation replicates many of the features revealed with XPCS, indicating that local and heterogeneous microplastic events can cause the strongly non-monotonous spectrum of relaxation times.

Using x-ray photon correlation spectroscopy, we find that residual stress fields around shear bands lead to unusual and an order of magnitude faster atomic dynamics. Such accelerated relaxation occurs over tens of micrometers away from the shear band. This means that metallic glasses that contain many shear bands will have a significantly different aging behavior than the as-cast material.

Can we link macroscopic rejuvenation to local properties of a glass?

Metallic glasses are structurally heterogeneous below a certain length scale. Here we demonstrate how elastic heterogeneities change in response to a macroscopic cyclic, but elastic, loading protocol. Fluctuations in local elastic properties are spatially resolved across the surface of a bulk sample by evaluating nano-scale contact resonances of an atomic force microscope. The findings indicate a significant increase in nano-elastic fluctuations due to loading. The distribution of these fluctuations broadens symmetrically and almost three fold, revealing how the atomically disordered structure is driven further out of equilibrium at the nano-scale. Macroscopically, the stress-driven elastic heterogeneities lead to a rejuvenation and therefore a new structural state of the bulk metallic glass, characterized by a higher energy release during heating and mechanical softening. These results show how macroscopic energy storage in metallic glasses may be linked to the development of nano-scale elastic fluctuations.