Shear bands in metallic glasses are governing the mechanical stability during plastic flow. Due to the disordered atomic structure, the true structural state and signature of a shear band is challenging to study and to characterize. We are currently employing nanomechanical, x-ray and electron microscopy methods to investigate the structural signature of isolated shear bands. The most recent insights reveal that even though shear bands are believed to have a nm thick core, they also have a long range stress field, which can extend hundreds of micrometer

away from the planar defect. These residual stress fields exhibit magnitudes that can be close to the yield stress of the material, and tend to be largest near micro-scale cavities we have been able to resolve with both electron microscopy and x-ray tomography (1-ID, APS, Peter Kenesei). The current data suggest that a shear band gradually transitions via numerous localized microcracking events into a macroscopic crack. 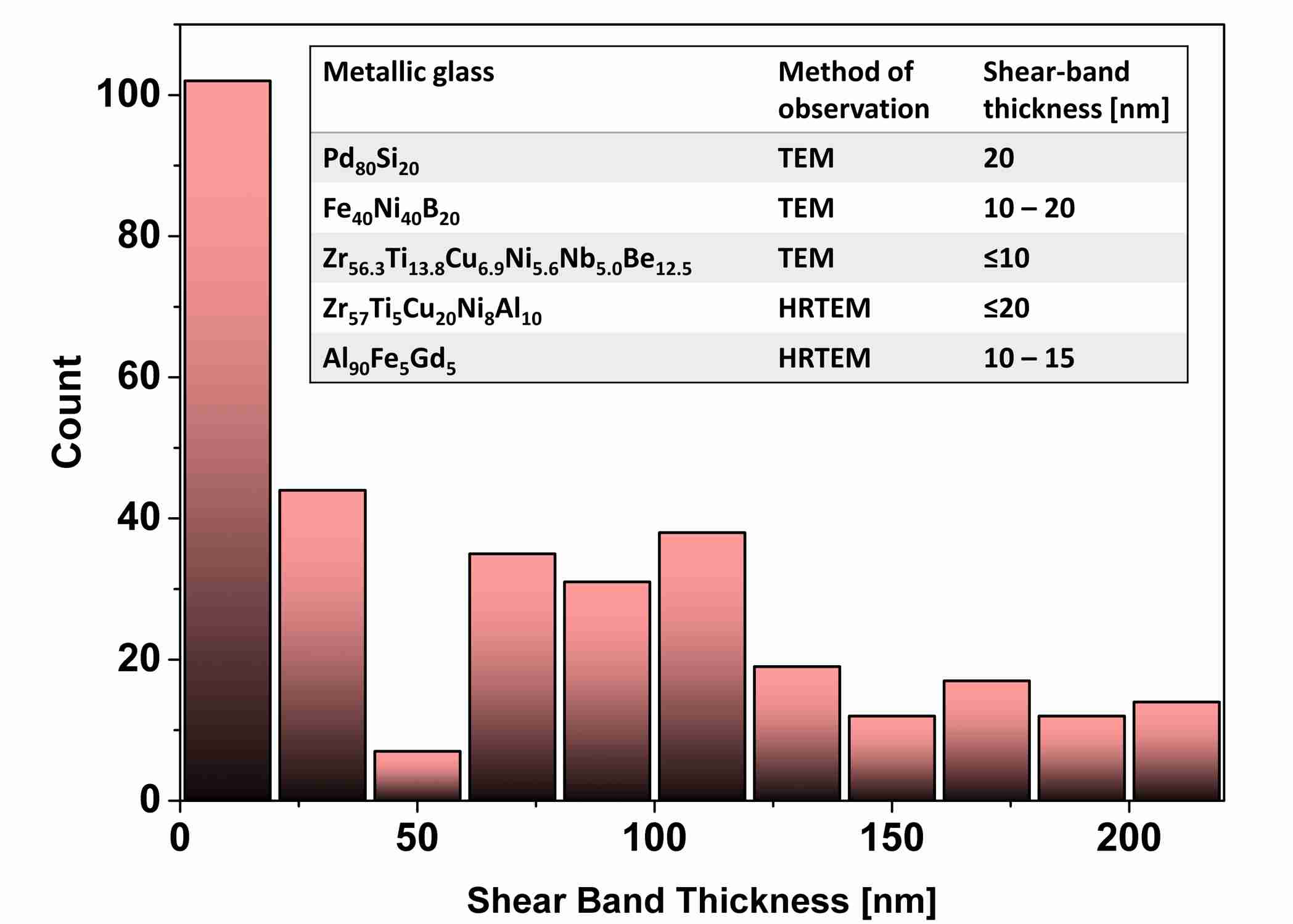 We furthermore find that a single shear band can have significant variations of both thickness and also density difference relative to the surrounding matrix – quantities that seem to be shear-strain dependent. These insights demonstrate non-negligible deviations away from the traditional picture of a 10-20 nm thick shear-band core.